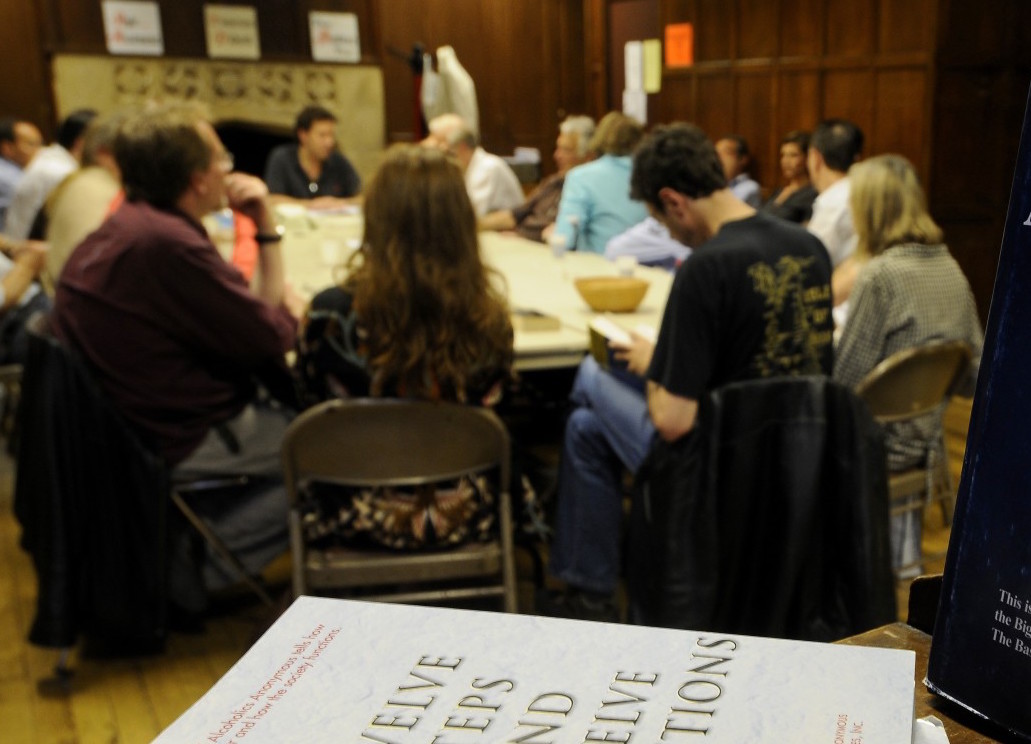 during his therapy session,
while each were sharing,
respectively, what they felt
was their higher purpose in life…
Jerry spoke up

undeterred by his own rudeness
in cutting off a fellow confessor’s
heart-wrenching story
of loss and liquid lament,
mid-sentence

Jerry spouted out,
with a strangely calm resolve,

I think that I was meant to do a lot of cocaine.

it was peculiar that he raised his hand,
since he clearly wasn’t willing to wait even one more second;
he’d started speaking, before his arm had even reached
full extension

there was, after that…
a noticeably uncomfortable
five or so seconds of…
silence

I believe in the perfect perfection of God’s Will.

Nothing has ever occurred
that was not originally
of God’s intent.

and here, he smiled broadly,
clearly pleased with his own, peculiar, thought process

God is nothing at all
like people have assumed.
God is like a reliable toaster
and He always pops out perfectly toasted bread.

quite a bit more…
silence

those in attendance checked in,
with the inside of themselves,
that yes, they were indeed awake
and not just dreaming
in their beds

the usually quite reliable and familiar-feeling
muscle in her mouth
now plummeting down into new,
strange unfamiliarity,
functioning as little more than a
old, motel carpet with a bad, floral pattern;
lying in the way of her breathing,
collecting fuzz and dirt and hair
from the boots and flip-flops of loud, annoying vacationers
and conventioneers from Indiana, police conferences

this sound was a decidedly clear signal, as if the
all-clear flare had just been fired up into the newly interesting air,
signaling to the combat-weary troops that they could,
once again, raise their heads out of the tired trenches

a solitary cigarette ash fell onto a designer shoe knockoff
one, older man shifted angrily in his wobbly chair
and managed to slosh a bit of coffee
on his brand new, polo shirt

several others nervously sipped their own coffees and sodas
while others sat in amazement
and some in a giddy but hushed, chuckling amusement

Tom, the group’s bemused leader arched forward in his chair,
placed his elbows on his knees
with an unusual force,
trying to anchor his anger
and remain diplomatic, despite the outburst against order
and after releasing his clenched jaw,
he somehow allowed himself to say

Thank you for sharing, Jerry.

From the new book, Next 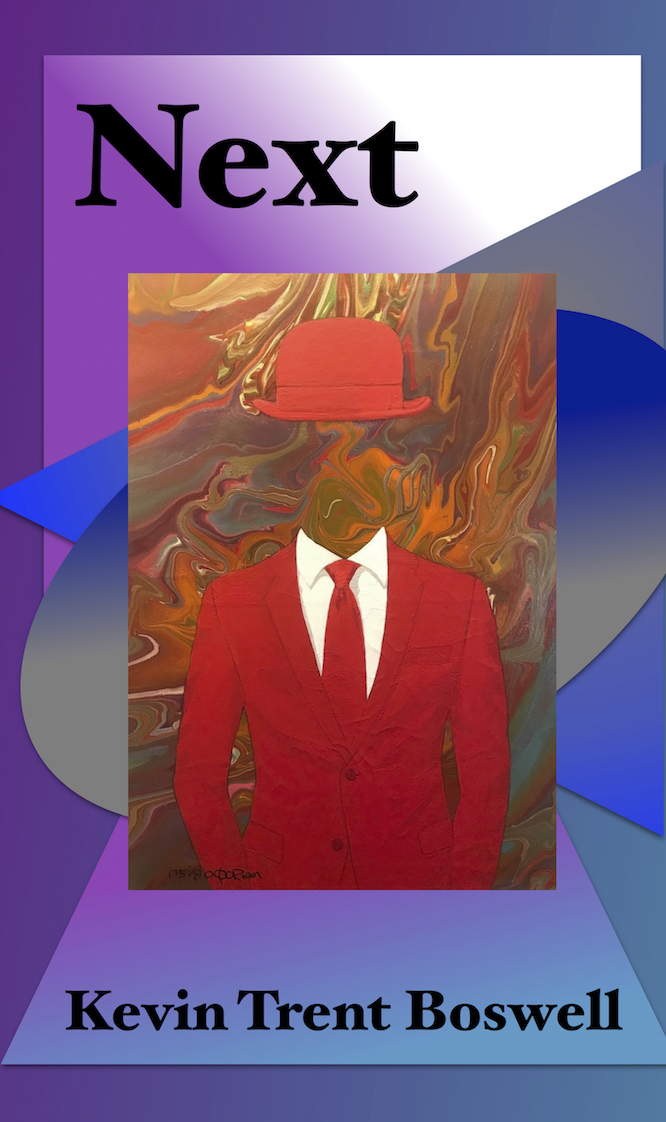 You can hear the music of Magus (Kevin Trent Boswell) at CDBaby and at The Plastic Infinity. Also, Conjure Sound. For the esoterically minded, see Conjure Work.