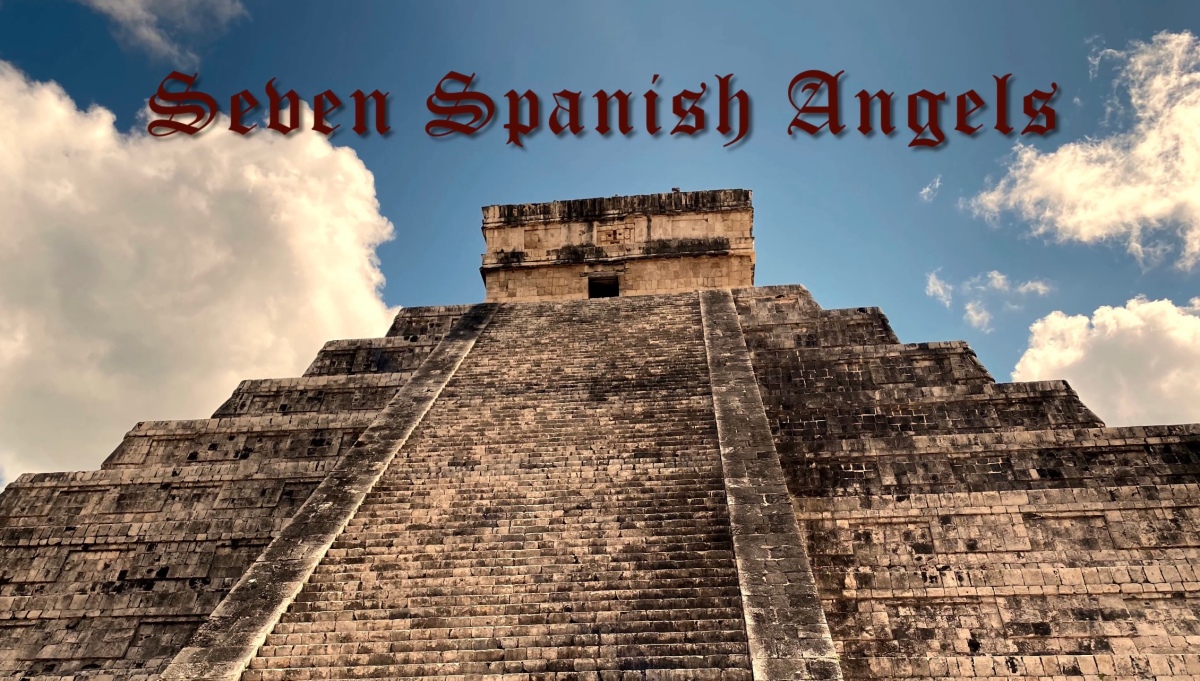 My cover of Willie Nelson’s “Seven Spanish Angels”, a wonderful song that he got Ray Charles to do a duet with him on. I don’t care for modern country music but I love Willie Nelson, Johnny Cash, Patsy Cline, Dolly Parton, Loretta Lynn… to me, that’s real country music.

The great jazz saxophonist, Charlie Patker would go into a bar and load up the jukebox with country songs, which puzzled his jazz cat friends. When they asked why, he’d say “It’s in the stories, man. Listen to the stories.” Nobody can tell a story like Willie Nelson. How much more true is that, when Ray Charles is helping him tell it?

I’m doing the vocal, playing all the guitar parts and the bass. I’ve never been much of a slide guitarist, so it’s not exactly amazing slide work but it came out just well enough that I didn’t ditch it entirely. Since I didn’t have Ry Cooder’s number, it will have to do.

You can support this work and download the song for free at:

She reached down and picked the gun up
That lay smokin’ in his hand
She said, “Father please forgive me
I can’t make it without my man”
And she knew the gun was empty
And she knew she couldn’t win
But her final prayer was answered
When the rifles fired again

Words and music by Willie Nelson

Special thanks to the following people for their video and photo contributions: